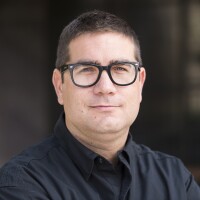 Robert is an Associate Professor of photography in the Department of Design at Brigham Young University. His works have been honored by many prestigious film festivals, including Sundance, Atlanta Film Festival, CPH:DOX, Aspen Film Festival, Tribeca Film Festival, South by Southwest, and many others. His most recent short, The Killing of Two Lovers, was accepted into the Sundance film festival.