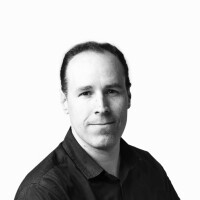 Sam graduated from Brigham Young University in 2007 with a bachelor’s degree in animation. He later returned to BYU as a part time teacher for the Animation program, became an Assistant Teaching Professor for the Visual Arts Department in 2014, and later for the Department of Design. While at BYU, Nielson was involved in the production of Pajama Gladiator, which won the Producer’s Choice and the Viewer’s Choice awards at the Nicktoons Network Animation Festival, second place at the Student Emmys in 2009, and a Gold prize at the student Academy Awards. Nielson previously worked as a concept artist for Disney Interactive: Avalanche Software in downtown Salt Lake City and occasionally does freelance illustration and concept design work for various publishers.